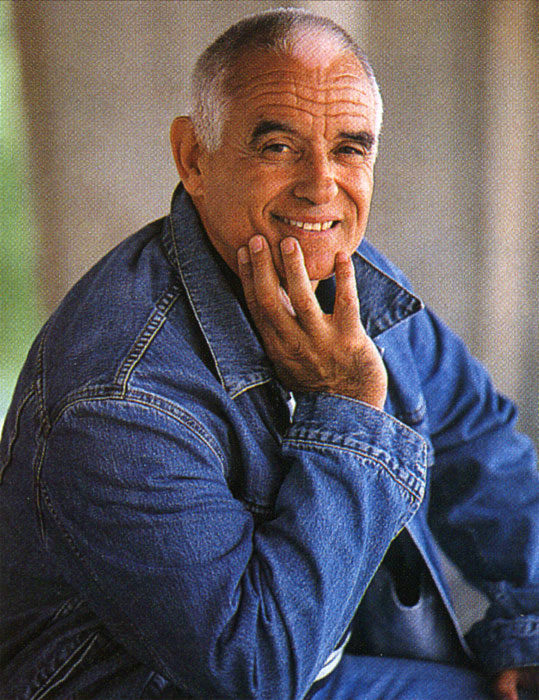 He started karate in 1962, trained with Henry Plée with the pioneers. Went to Japan in 66, then seized in France with Valera, Baroux, Setrouk and Co. Today, at 75, Jean-Pierre Lavorato belongs to the very closed circle of the highest ranking French, the 9th dan. Story of a passion that never went out.

The character is friendly, good living, funny. But we immediately feel that we should not tickle too long. Jean-Pierre Lavorato is a man of character, an enthusiast too: for Karate. If the years have softened a fiery temperament, - although he clarifies, in a burst of laughter, "that we can chase the natural, he comes back at a gallop" - they have not altered this passion that has devoured him since 57 years, since a day in 1962 when his teacher of physical education, in the suburbs of Paris, asks him if he wants to try karate. Jean-Pierre Lavorato is then 18 years old.

"In fact, he asked all his students, everyone said yes, but on Saturday morning, I found myself alone!" I started karate in shorts and T-shirt. to find a Karate-gi at the time, the popular sport was Judo. "

He quickly found his "Teki", the first kimonos imported from Japan that looked like "pants for shrimp". In six months, with almost daily training, he gets his brown belt. Then his teacher, himself a student of Plée and Oshima at the famous Dojo of the Montagne Sainte-Geneviève in Paris, reveals a certain talent at Jean-Pierre Lavorato and offers him to come train with the pioneers of French Karate. 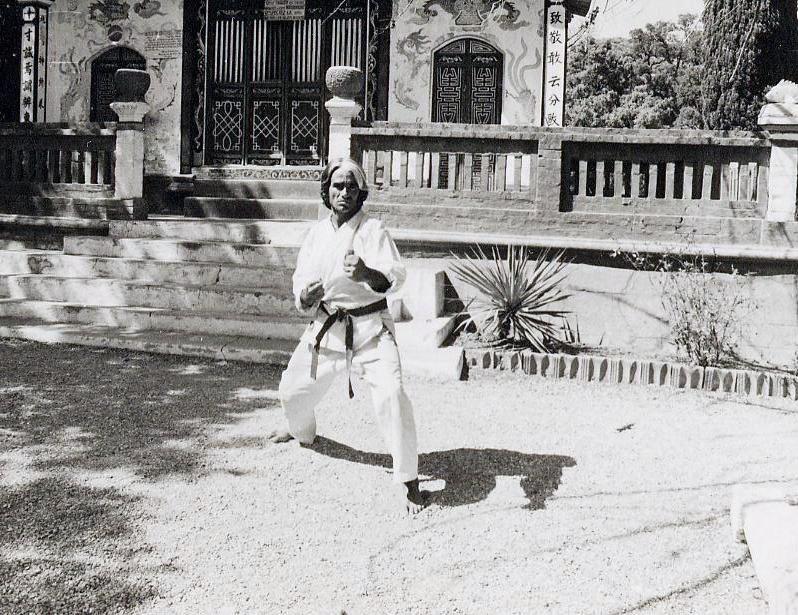 NO QUESTION TO MAKE PRETEND

"The atmosphere was amazing, there were only passionate people, sincere people in their work.Who you have in front of you, beginner or black belt, it was necessary to open the eye. The elders had their hands on the youngsters (laughs) It was a multicultural world, where a lot of karatekas from different horizons met, and there was really the Karate-Do spirit. was not developed, or little, people practiced for them, I keep extraordinary memories of this period. "

In 1966, he joined the French team of then. With Valera, Setrouk and Sauvin, he won the Cannes International Cup, a benchmark competition in the 1960s. He himself finished third individually. "The fighting had nothing to do with today's karate, it was a much stiffer, more static, more linear karate, we worked hard, I remember one of the first major karate courses organised in France, in Saint-Raphael (in 1966) With Dominique (Valera, his friend for 55 years), we really broke down.There was no question of pretending. the same way, I think we would not have anyone, but we should not compare today and yesterday.Mentalities have changed.At the time, there were not many children and the competition was incidental. "

Always the same year, in 1966, he participated in one of the epics of the history of French Karate: the expedition to Japan with the brothers Baroux, Valera, Setrouk, Nanbu, Ficheux. "A fabulous trip, we had contributed to buy a family car," recalls Jean-Pierre Lavorato, "we had to cross Czechoslovakia, Poland and the USSR in the middle of the cold war." Then we had mechanical problems We tried to repair, but we ended up giving up the Traction on the Red Square. "

Plane to the plains of Central Asia, then Trans-Siberian to cross the USSR and finally two and a half days boat to reach Yokohama and Japan. "For us, it was the promised land," he recalls. For three months, Lavorato and his companions will visit different karate schools, watch, listen when the Japanese want, meet the great masters. "We were sometimes welcomed with open arms, but also sometimes disappointed by the cold welcome we were given.We had come to put our guts in the air to train, to progress, to be in contact with karatekas of High value, to learn, we had a hard time accepting this way of receiving us, but some were very kind, like Oyama, who invited us to eat during the four days we stayed. "

The meetings and the trainings succeeded one another, with great masters of Shotokan, with sensei practicing other styles. Sometimes they are tested by Japanese fighters. The six hours of daily training in France are very useful to them. Less technical, they compensate for their physical qualities. "We took everything that came close at hand, we could discover another direction of work." 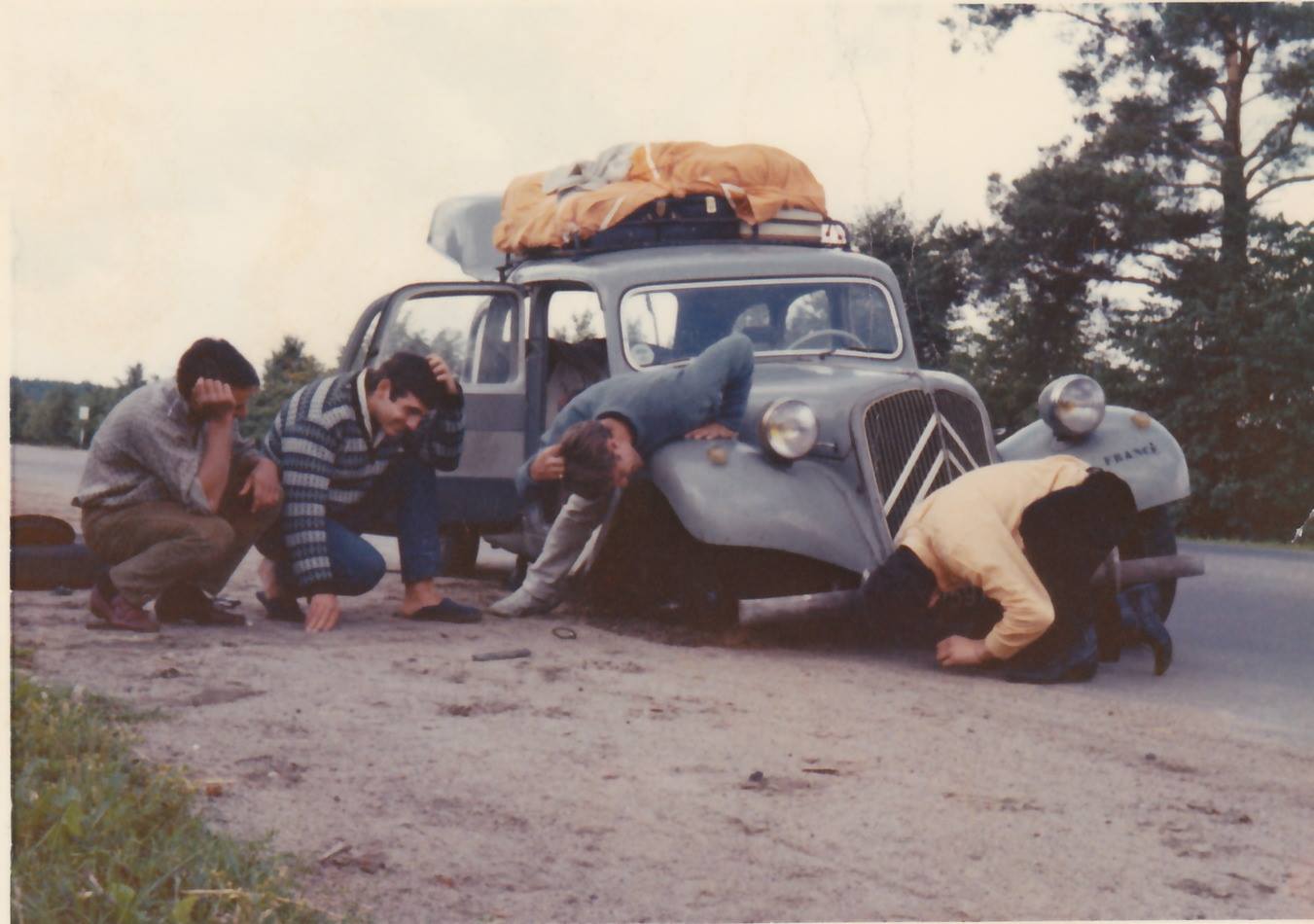 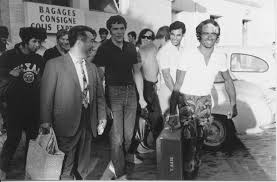 During this stay, Jean-Pierre Lavorato makes a capital meeting for his future, the "great trick of (his) life": Master Taïji Kasé, whose speech changes his way of conceiving Karate. The following year, the Japanese master comes to give an internship at Henry Plée. Jean-Pierre Lavorato is definitely conquered. "It was the revealer of my karate: the displacement, the dodges, the pivots, the idea of ​​pure and simple combat.It was really at that moment that I bit the hook.

From then on, Jean-Pierre Lavorato modifies his approach. He continues the competition all the same until 1970. He then wins the 1968 French Championship (single hen at the time), where he beats Valera, Didier, Saidane and Baroux! "In the evening, Dominique went barefoot to Lyon because he could not put his shoes on because of the blows.I was making fun of him, but the next day I was the same.I stayed several days in charentaises", he laughs. But the turn is taken. He now wants to explore other forms of Karate-Do. In 1970, he created his club in Vincennes, which is still today one of the largest in France under the direction of Christian Tissier. His dojo soon became the rallying point of France's greatest karatekas. "We never played Sensei, we were a bunch of friends who got together to train, it's more important to train than to play Sensei." Under his thumb, his students became champions of France fight in 1973 (Berthier, Clause, Cochy, Morel, Babille).

NOT ONE DAY WITHOUT MY KARATE GI

He continues his quest, continues his research on Karate. In 1980, he moved to Fréjus. Courses and internships punctuate since his day, without tiring a moment. "I'm a real passionate person, I do not see myself for a day without putting my karate on it, I have to train, it's a need, I'm always trying to progress.

Karate-Do and life is the same thing. Everyone can progress and the one who does not try is, I think, an idiot. Karate is a continuity, a step forward. When to support? When should the breath be placed? In what time the hip must pass ... There are plenty of research factors. "

Today 9th dan, Jean-Pierre Lavorato is also an expert with the French Federation. And always wears karate gi every day. "As soon as I put it on, I'm not the same man anymore." And when it is coupled with the reunion with these old friends, the pleasure is all the more intense. "It is always with pleasure that I meet the elders.I have a student of 61 years and another of 80 years, fabulous, who knew me white belt.Yesterday, it was they who were training me; years later, it's me, it's funny, is not it?

"Karate has changed in many areas. I continue my life as a practitioner. " 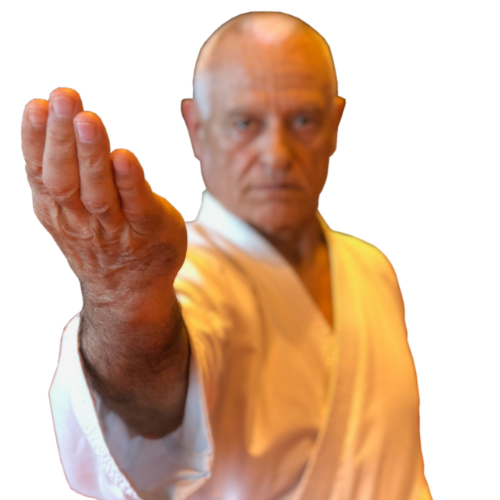